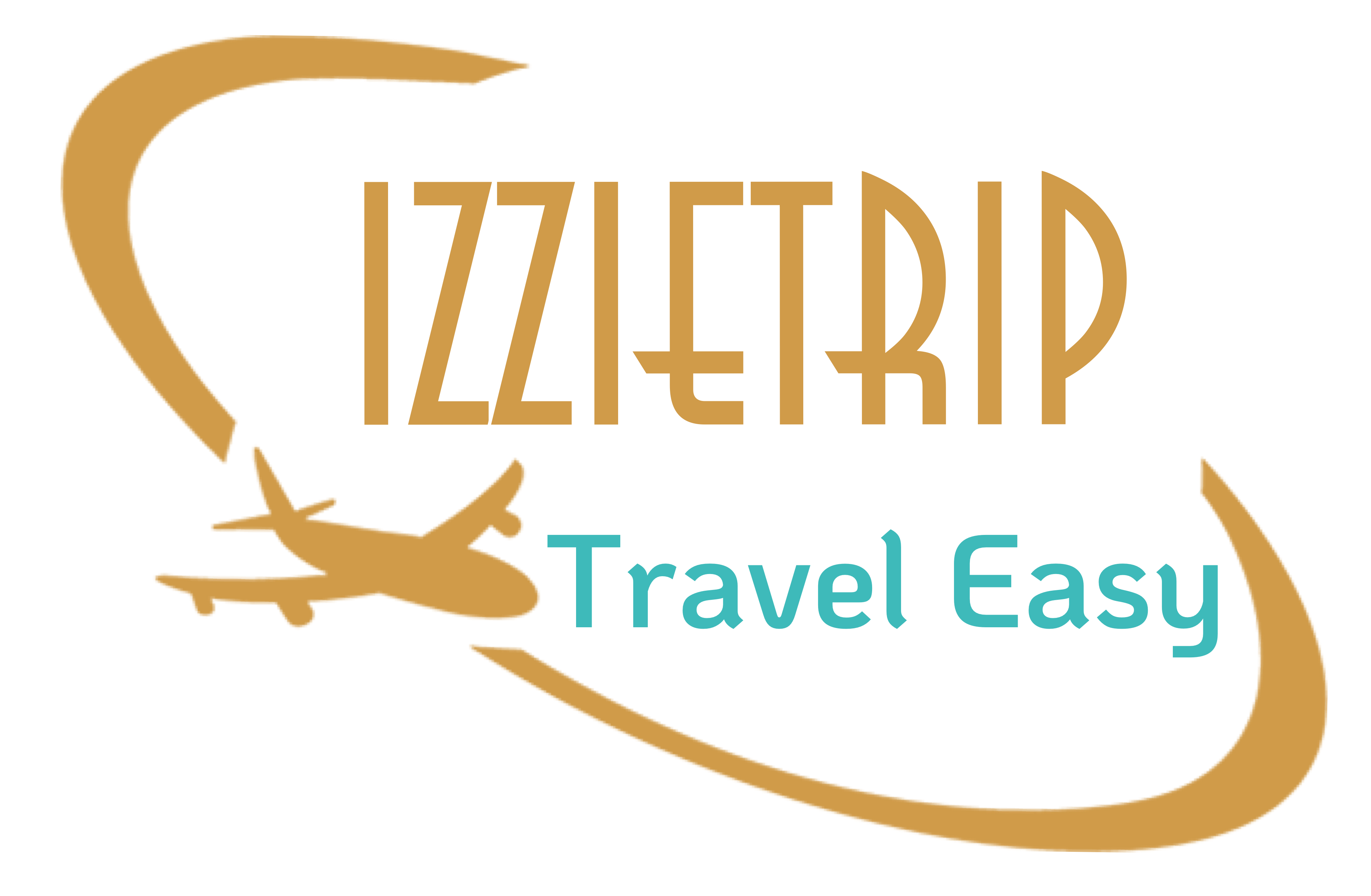 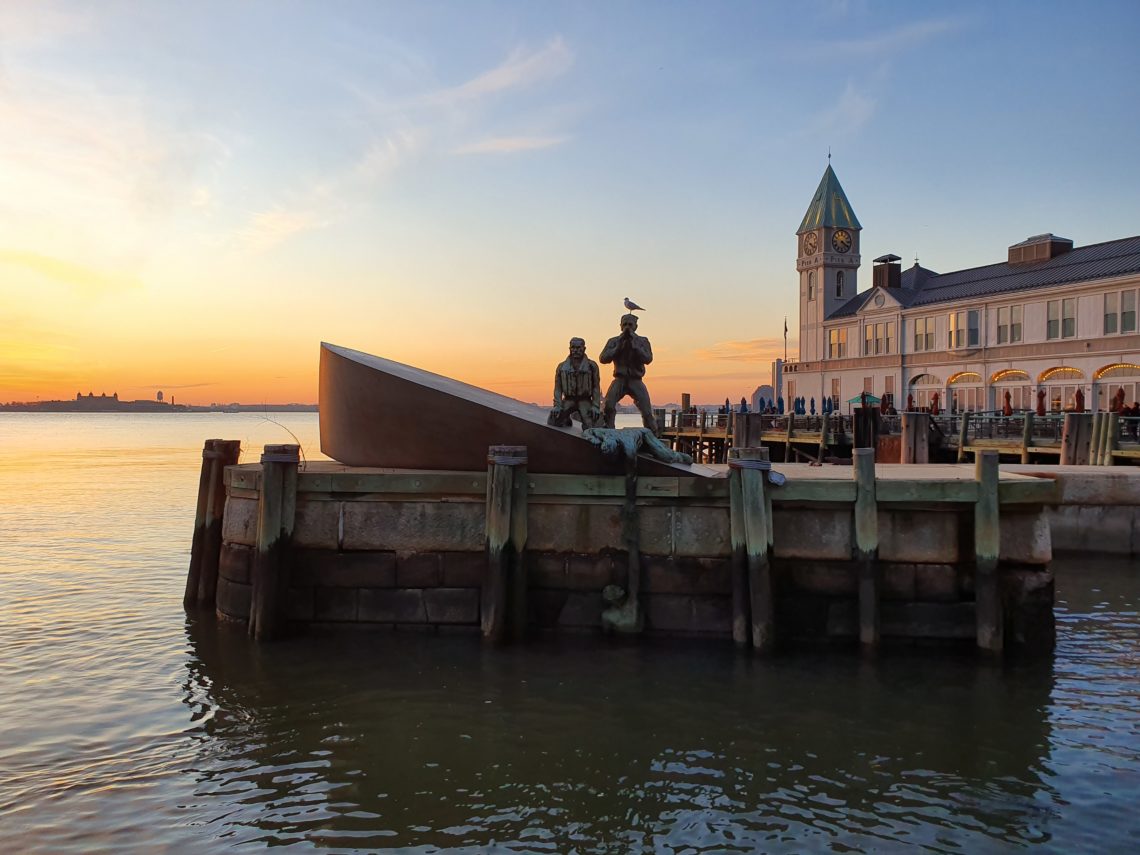 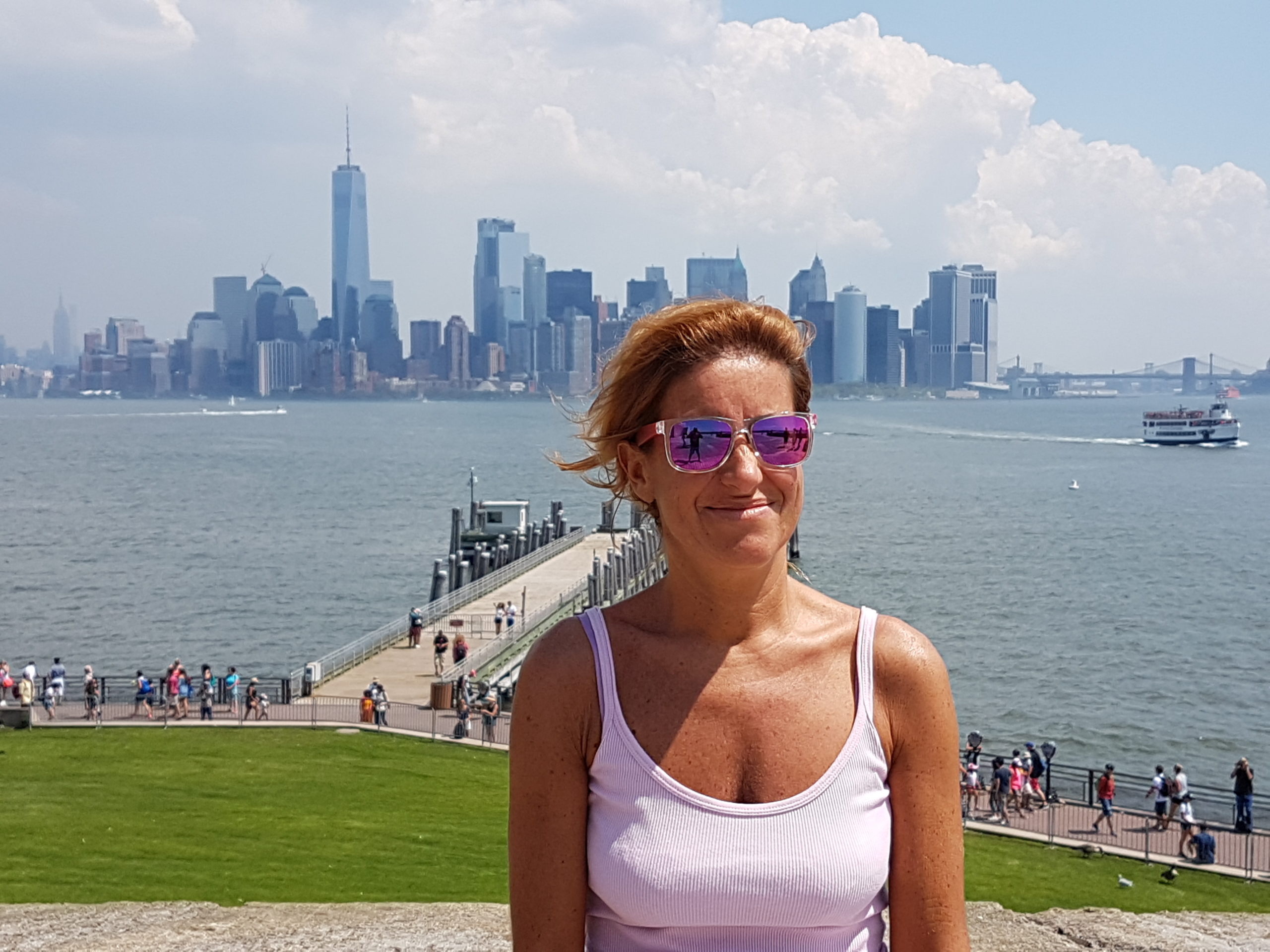 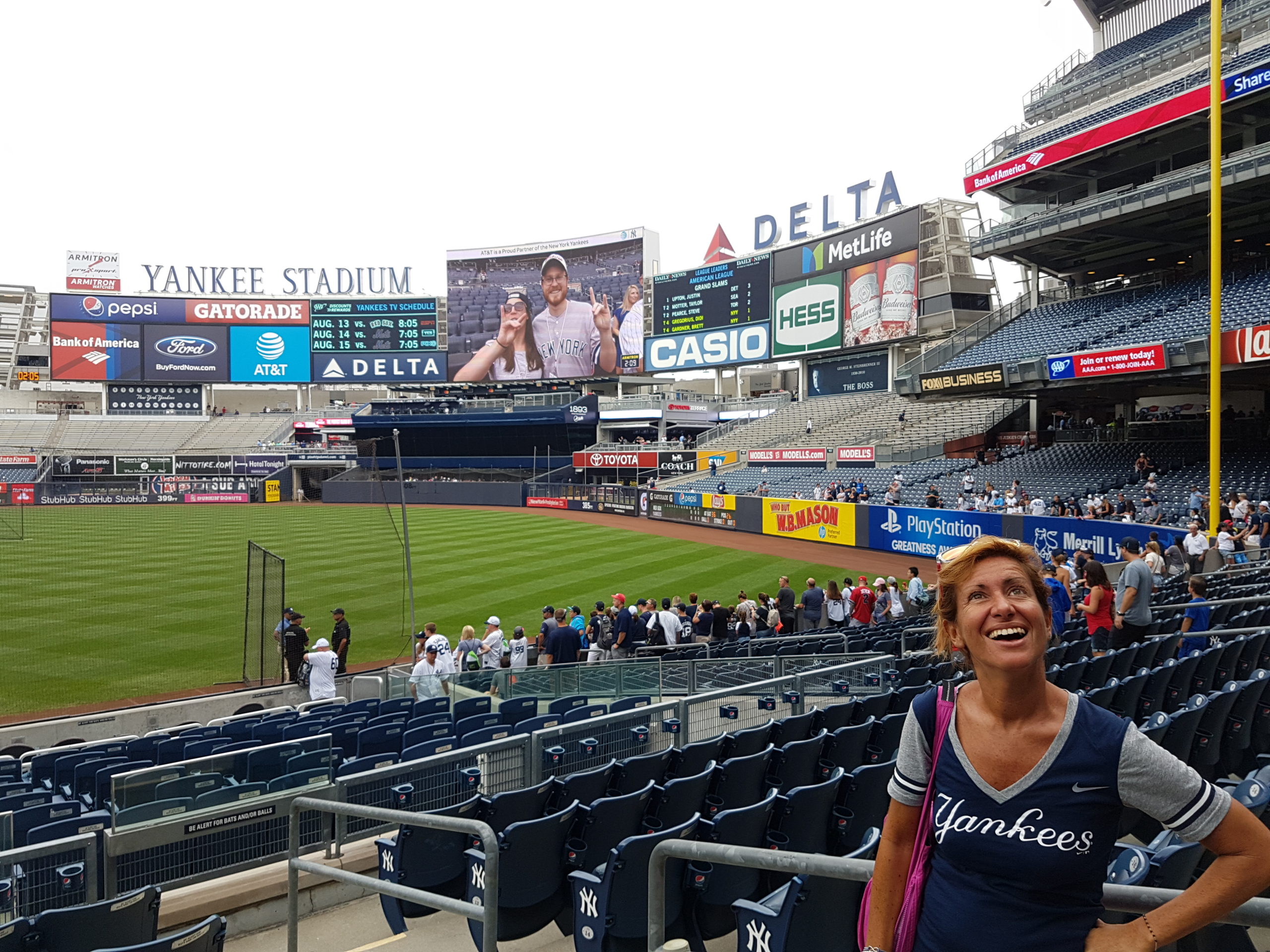 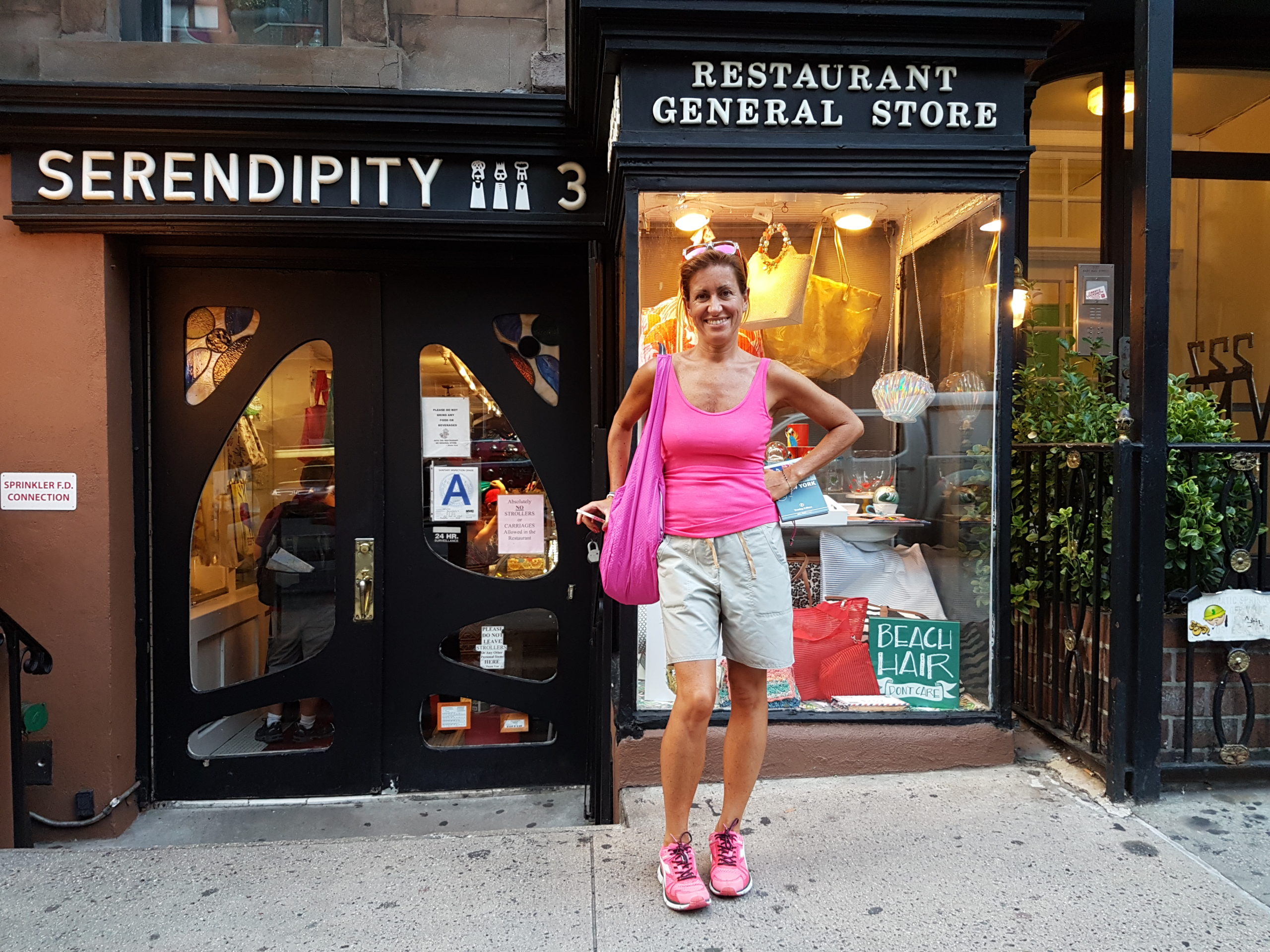 New York is called the “City That Never Sleeps” for a reason: there’s always something happening here. No matter what time of year you visit, you’ll find activities to keep you busy. New York is composed of five zones called boroughs: Manhattan, Brooklyn, Queens, the Bronx and Staten Island. Most visitors will be familiar with Manhattan, as it’s the borough featured most frequently in television shows and films. Manhattan has many major attractions, including Times Square, the EmpireStateBuilding, Central Park, the Museum of Natural History and the financial district. If you love art, consider focusing on the city’s many museums. In Manhattan, check out the fossilized dinosaur bones and other wonders of the natural world at the Museum of Natural History, then head to the Metropolitan Museum of Art to see works such as ancient Egyptian art, paintings by masters like Caravaggio and modern pieces from celebrated artists like Jackson Pollock. For even more visual treats, head to the Museum of Modern Art, the architecturally impressive Guggenheim Museum, the Brooklyn Museum or any of the numerous small contemporary galleries in the area. Visit some of the highlights of each borough, take a trip to the Bronx to see the zoo and the New York City Botanical Gardens. Visit Brooklyn to walk along the boardwalk next to BrightonBeach, one of the largest Russian communities anywhere in the world. Climb aboard the Staten Island ferry for a free ride and a close up view of the Statue of Liberty. If you like sports, take in a Mets game in Queens. Taxis, buses and subways can get you anywhere you want to go and are ideal if you want to visit several boroughs, but it is walking along the streets of Manhattan that you will get a true taste of the city. Much of Manhattan is based on a grid system, with avenues running north and south and streets running east and west, so it’s easy to find your way around. There is literally no other place in the United States where you’ll be surrounded by so many people. Because people from all corners of the globe live in and visit this area, traveling to the Big Apple gives you a chance to come in contact with a variety of different cultures. There are approximately 200 languages spoken in New York, and you can sample regional cuisine from faraway places such as Korea, Africa, India and France. Deciding the best time of year to visit depends upon your main interests and your tolerance for different weather conditions.

Spring in New York is one of the most beautiful times to visit the city. For all of its concrete and glass, the city actually has vast amounts of parkland. Fourteen percent of the city, or 29,000 acres, is overseen by the city’s Department of Parks and Recreation, and the city government is committed to “greening” New York by planting 1 million new trees by 2020. This means that the city is spectacular with springtime blooms, which can be seen during a stroll through Central Park or at one of the city’s botanical gardens. Other spring highlights include the annual Easter Parade on Fifth Avenue, the Tribeca Film Festival and the opening of the Major League Baseball season. Temperatures average from the 60s to the mid-70s.

Summer temperatures can get as high as 100 degrees, but this is the best time for travelers on a budget or who love active recreation and outdoor entertainment to visit. Free outdoor plays, concerts and movies abound; the most popular are Central Park’s SummerStage and Shakespeare in the Park, as well as Celebrate Brooklyn!, a summer-long performing arts extravaganza in Prospect Park. The Hudson River Park offers free kayaking lessons, as well as bike rentals, batting cages, a skate park and sailing lessons.

If you’re an arts and theater lover, Fall is the best time to visit New York. Locals have returned from summer vacation, which means that major museums and theaters debut their headline exhibits and shows. The weather is also exceptional; summer’s oppressive humidity disappears and a string of lovely, crisp autumn days spools out for a precious short time. Big events that have made New York famous also occur in the fall, including the annual Greenwich Village Halloween Parade, the Macy’s Day Thanksgiving Day Parade, the Feast of San Gennaro in Little Italy and the New York City Marathon.

Winter can be punishing in New York if you’re sensitive to the cold, but that doesn’t stop the crowds that descend upon the city to experience Christmas and New Year’s here. Macy’s, Bloomingdale’s and Saks Fifth Avenue transform their shop windows into Christmas-themed dioramas so elaborate that people line up to see them. You can also experience ice skating at one of several outdoor rinks, including at Bryant Park, Rockefeller Center and Central Park. Hang around for the New Year’s Eve ball drop in Times Square, a celebration so famous it needs no explanation.

Taxis, buses and subways can get you anywhere you want to go and are ideal if you want to visit several boroughs, but it is walking along the streets of Manhattan that you will get a true taste of the city. Much of Manhattan is based on a grid system, with avenues running north and south and streets running east and west, so it’s easy to find your way around. The best way to see New York is by walking. As you leisurely stroll through the streets and gaze up at some of New York finest buildings, you feel the breeze or the slightest brushing as native New Yorkers whisk by you in a hurried pace. Walking allows you the freedom to stop in a bakery and taste that local cupcake you’ve read about, or rest your feet for a few minutes with an espresso at a cool coffee bar. Hard to make a list of what to see in New York City, must sees are rather subjective in a city like this and may differ from one person to another. In my TRAVEL NOTES you will find one of my favourites itinerary when I visit New York City, with a series of walking tours from Lower to Upper Manhattan. Of course your tour can be personalized and arranged the way you like it best! Contact me and I will plan the best NYC tour for you!

Any cookies that may not be particularly necessary for the website to function and is used specifically to collect user personal data via analytics, ads, other embedded contents are termed as non-necessary cookies. It is mandatory to procure user consent prior to running these cookies on your website.